So John and Mabel built a magnificent estate named Ca’ d’Zan, or “House of John” in the Venetian dialect. After two years of construction, they completed the final masterpiece in 1926 costing an unheard of an amount of $1.5 million dollars! We, unfortunately, did not have the time to tour the 5 story 36,000 square foot mansion with over 41 rooms!

We saw numerous posters used to advertise the highly anticipated arrival of the circus! Each of is a work of art! 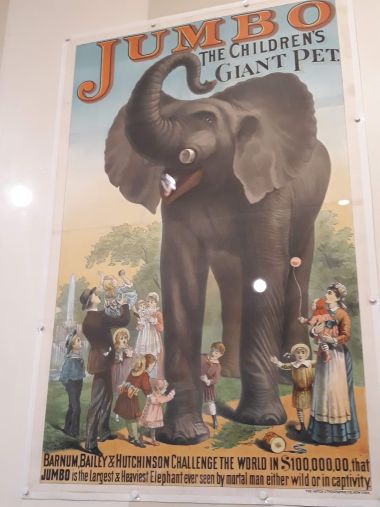 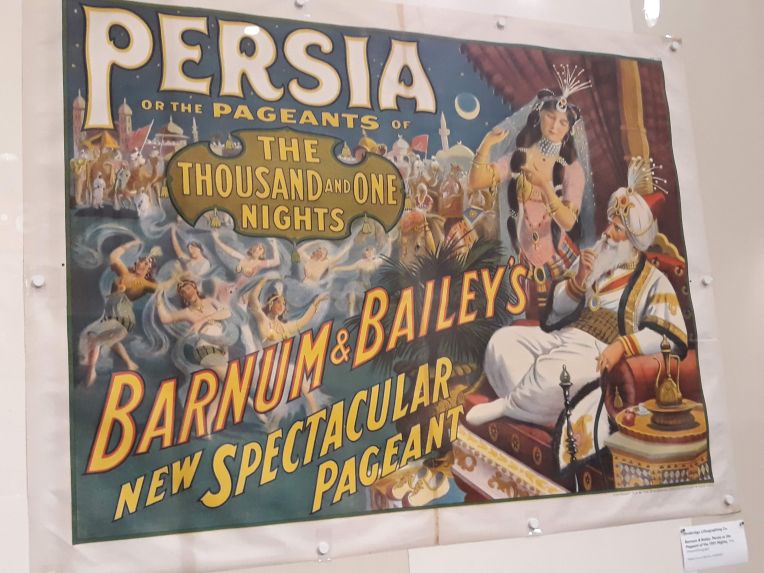 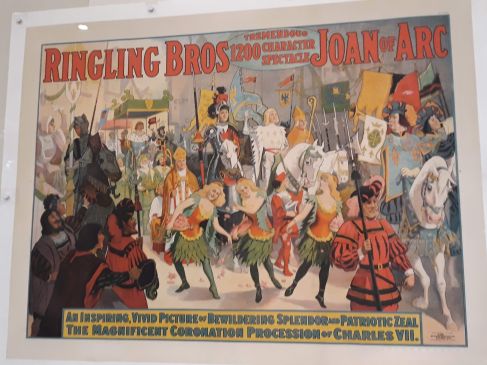 We spent the day with Cindy & Ken immersed in the rich, historical and unimaginable history the traveling circus had on children and adults alike who experienced exotic wonders of the world in their backyard.
It was mindblowing the engineering and logistics that went into maintaining a traveling show of this size! 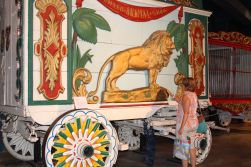 There was no greater admirer of the circus than Howard Tibbels.  He dedicated his life to creating by hand the largest miniature to scale replica of the Ringling Circus of the 1920s. Every detail down to the food, costumes, animals is impeccably displayed. Seriously, you could spend an entire day just looking at this mini scenes that are larger than a football field. 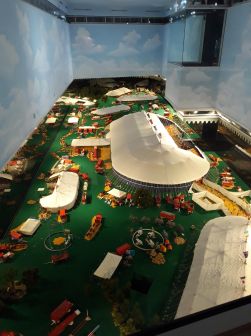 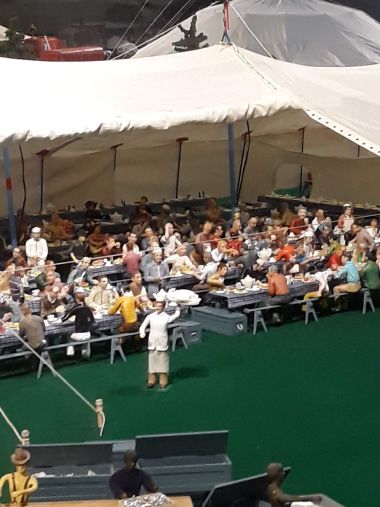 We had fun in the museum trying a few circus stunts and I had to beg Big Daddy not to run off with the circus! 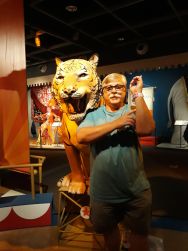 Additionally, there is a Fine Art Museum on the complex, a Glass Exhibit, Gardens, and a
Theater.
Thanks, Ken and Cindy for a fantastic day at the circus! 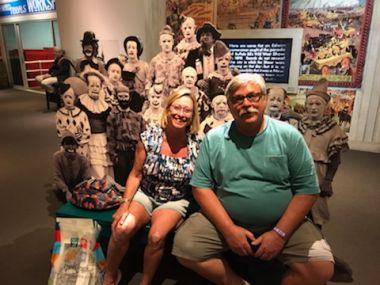 I highly recommend if you are very near Sarasota this is a must see. Be ready to be amazed by The Greatest Show on Earth!