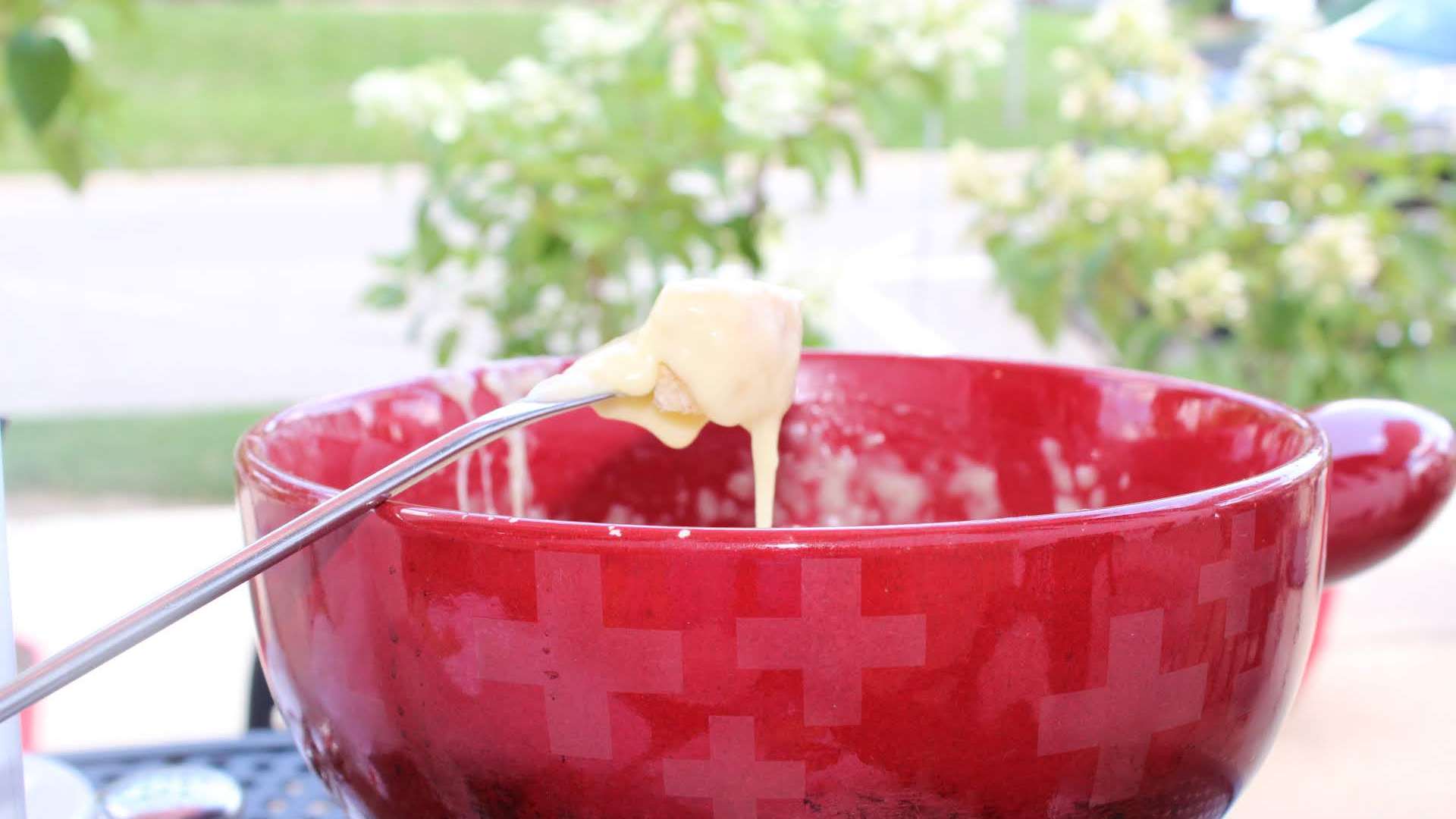 I know its a cheesy title, but it would  be so wrong not mentioning cheese before we leave Wisconsin! Believe it or not after a month at Jellystone we begin the second phase of our journey tomorrow.  I also know I haven’t posted in a couple of weeks so lots to catch up on before we hit the road.

Just a note the internet and signal was pretty much non-existent here . That has been extremely frustrating Boy have we become spoiled having hi speed internet. I mean even my hot spot was slow!

But let’s start with cheese! 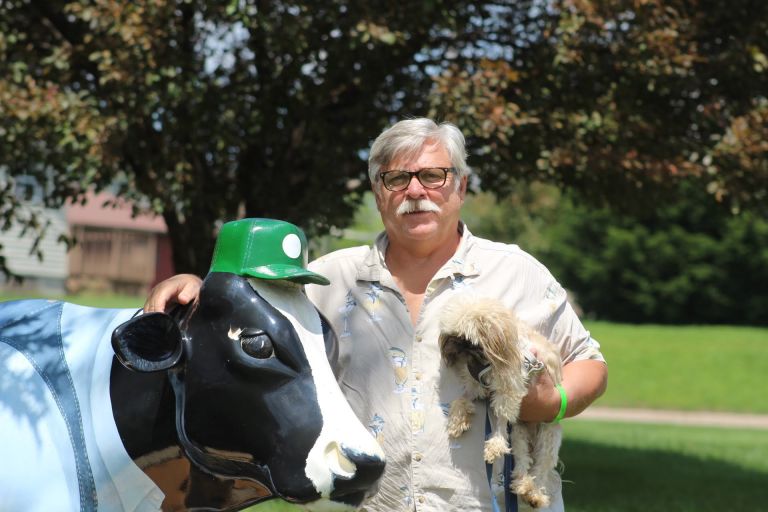 Whining and complaining Christie talked me into going to Monroe Wisconsin, Cheese Capital of the World! ( Not sure  how they achieved that designation lol  , regardless it was a two-hour drive one way to get there) It’s not that I didn’t want to go but I was too lazy to take a long  car trip on one of our “days off”

We went last year too and it was the  same whining from me, but I had loved it and the cheese we  brought back was outstanding! So once again we head off to Monroe on a cheese hunt. Of course looking at all this cheese can make you really hungry and that was when Christie, the Grand Fromage,  suggested we have fondue for lunch! I haven’t had fondue in ages and with real Wisconsin cheese including gruyer ( which he bought a half a wheel to bring home) sounded too good to pass up. Of course he bought his grand queso half a wheel at the Alp and Dell

He spotted a ratskeller and to our delight they had fondue. He also ordered a pork schintizel and spetzel . It was  the best lunch I’ve had in a long time! It was worth every minute of the drive! 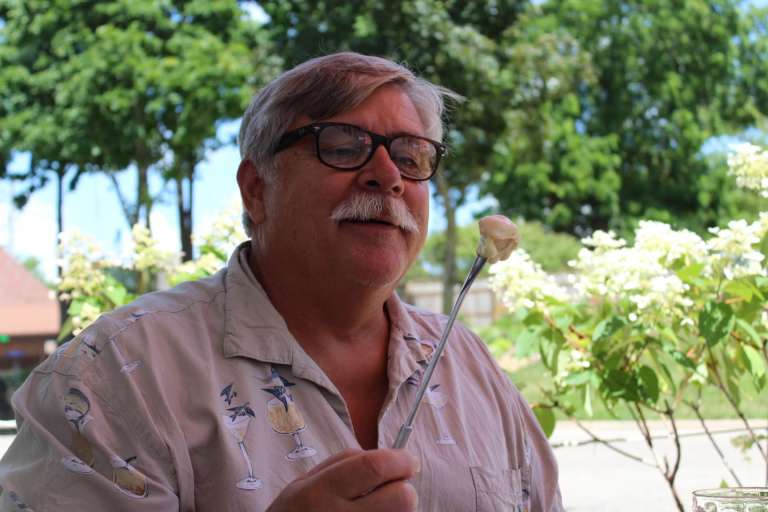 If it’s summer time in Wisconsin , it’s festival time in Wisconsin! Between music by the lake , Racine County Fair, Italian fest and St Lucy’s festival it’s a food fest, drinking , eating and warding off mosquitos time of year ! But nothing says fun like being a 4 year  old at the fair, getting your face painted , riding rides, playing games and of course having cotton candy! As you can see Sophia was not only transformed into a kitty, She was performing “Cats” on the festival lawn…( In my mind LOL) 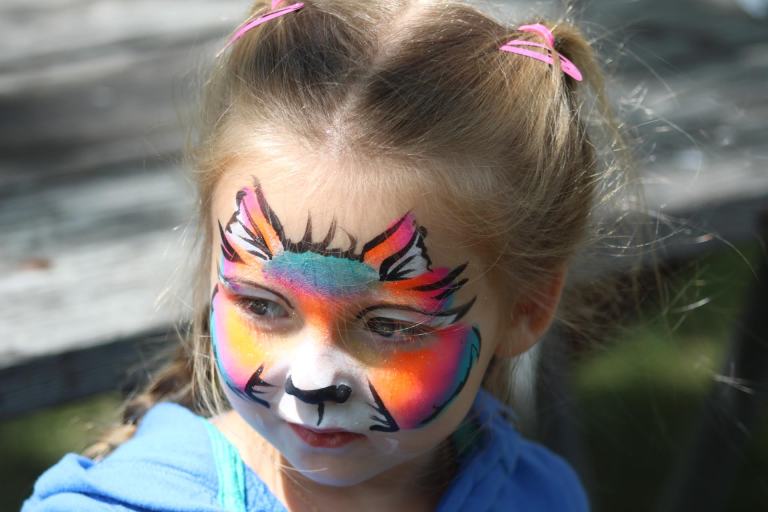 I have been using my camera everyday  and taking hundreds of pictures. I actually think I have captured some great shots and am enjoying something I’ve always had a passion for. ( once again Court, thanks for the camera) I hope you all enjoy them too.

So I had this idea.  You know how I posted a picture of Christie’s dad Christie and his brother Oscar? They owned Brusha’s Club the restaurant they had here in Racine. Well I thought it would fun to recreate the photo with Christie and his cousin Brian, given they both happen to be roughly the same age as their fathers were in the original picture! Thanks to Bucca’s Bar for being the backdrop to my first “Official Photo Shoot”

Not too shabby eh?

Here is another great one with his sister Toni the original article. That is  Steve and Brenda cheering them on!!

tomorrow we will be in Turkeyville for 2 nights before heading to Port Huron Michigan . ( Hey Canada I’m getting closer!!!!) I will leave you with my favorite photo I have taken so far…no filters just a great camera

We love and miss everyone!

2 Replies to “Wisconsin we wish you adieu & fondue!”